Recap: My Garden So Far 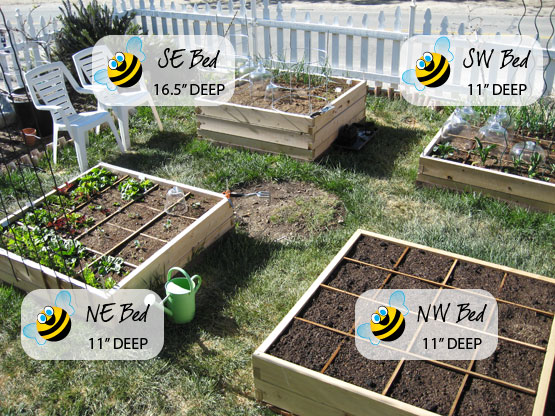 The weather is so gorgeous, it’s tempting to put the tomatoes outside. But the forecast is calling for a cold spell this weekend, so I’ve been keeping myself busy with many other garden tasks. Let’s recap the entire garden, shall we?

I now have four raised beds, as shown in the photo. The newest, Northwest bed was just installed this week. 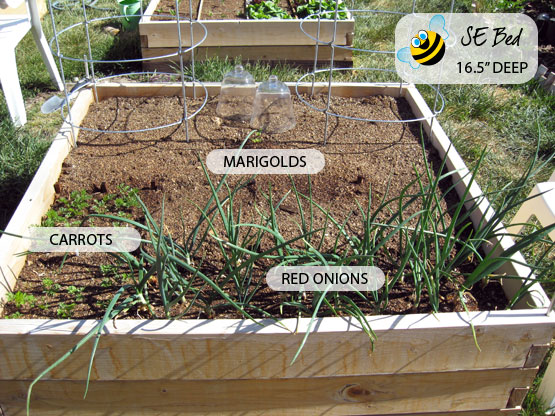 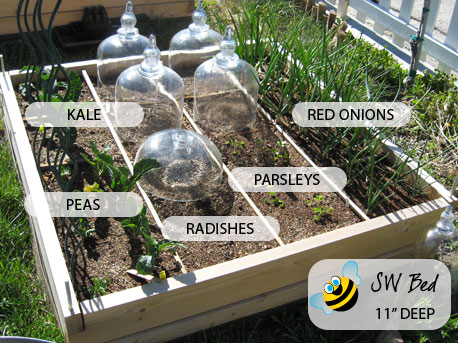 This bed has been the busiest so far this year. Assorted Lettuces have been
harvested since I began starting them indoors on March 5th. Since then, I’ve
lost track of harvesting and replanting, and have begun planting seeds directly
outside, as the weather is warming.

No need for a photo, since bare dirt isn’t that exciting to look at. But I’ve
planted the following seeds in the Northwest bed this week: